*Prices Subject To Change Without Notice & Current Pricing May Not Be Honored In Store.* 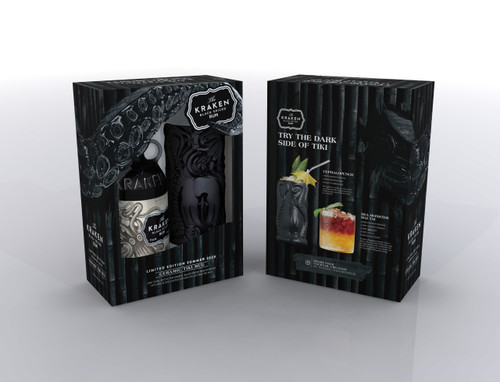 The Kraken Rum is an imported rum from the Caribbean blended with secret spices. Named for the sea beast of myth and legend, The KRAKEN RUM is strong, rich, black and smooth. The Kraken’s proprietary bottle is a replica of a Victorian Rum bottle and features two handles.

IT IS SAID that a ship carrying one of the largest quantities of black spiced rum ever to be brought over from the Caribbean islands, for unexplained reasons, never reached its destination. Stories were plentiful, and while an attack by the Kraken is suspected, no stories were ever confirmed.

This comes with a Limited Edition Tiki Mug.